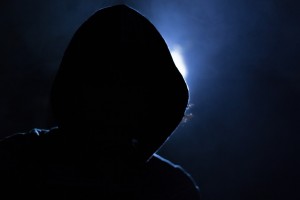 Progress doesn’t always come easily. There will almost always be resistance to change, especially if such change directly involves the lives of people all over the world. In the case of The Internet of Things, the general public is still skeptical about the idea. Connectivity is great but unfortunately we live in a world where hackers are renowned for stealing data either for profit or fun.

The Internet of Things is the inter-networking of gadgets, vehicles, buildings, and other devices that are embedded with software and sensors for interconnectivity. Think about being able to control the lights in your room, stove in your kitchen, car, and other devices with just a tap on your smart phone.

According to Telogis, this new connectivity between devices, both in the home and in businesses, has given rise to a network that allows data to be shared, thus creating the term “Internet of Things”.

In an attempt to solidify the security of the Internet of Things, tech companies are now looking at Blockchain. IT leaders view Blockchain technology as a solution to these security risks, including Amit Sharma, the Vice President of the biggest Indian multinational provider of IT and Networking Solutions, Tech Mahindra.

“Sooner rather than later, Blockchain and IoT will converge, and the cryptographic algorithms being used by Blockchain will obviously help us to protect this data,” said Sharma.

By design, Blockchain is resistant to any modification attempts. That’s because once data is recorded, the data in a block cannot be changed anymore. Through the use of a private network and a distributed time stamping server, a Blockchain database is managed autonomously, giving people the security in making transactions.

The Blockchain technology is popularized by the cryptocurrency Bitcoin.

Blockchain is an example of a distributed computing system with high fault tolerance. This makes the technology suitable for the recording of important data such as date of birth, medical records, pensions, savings, and any other high-risk documentation.

Despite concerns on how much people are willing to let the Internet of Things take over their lives, Sharma said that the tech-savvy, post-millennial Generation Z may be willing to be open up more to interconnectivity.